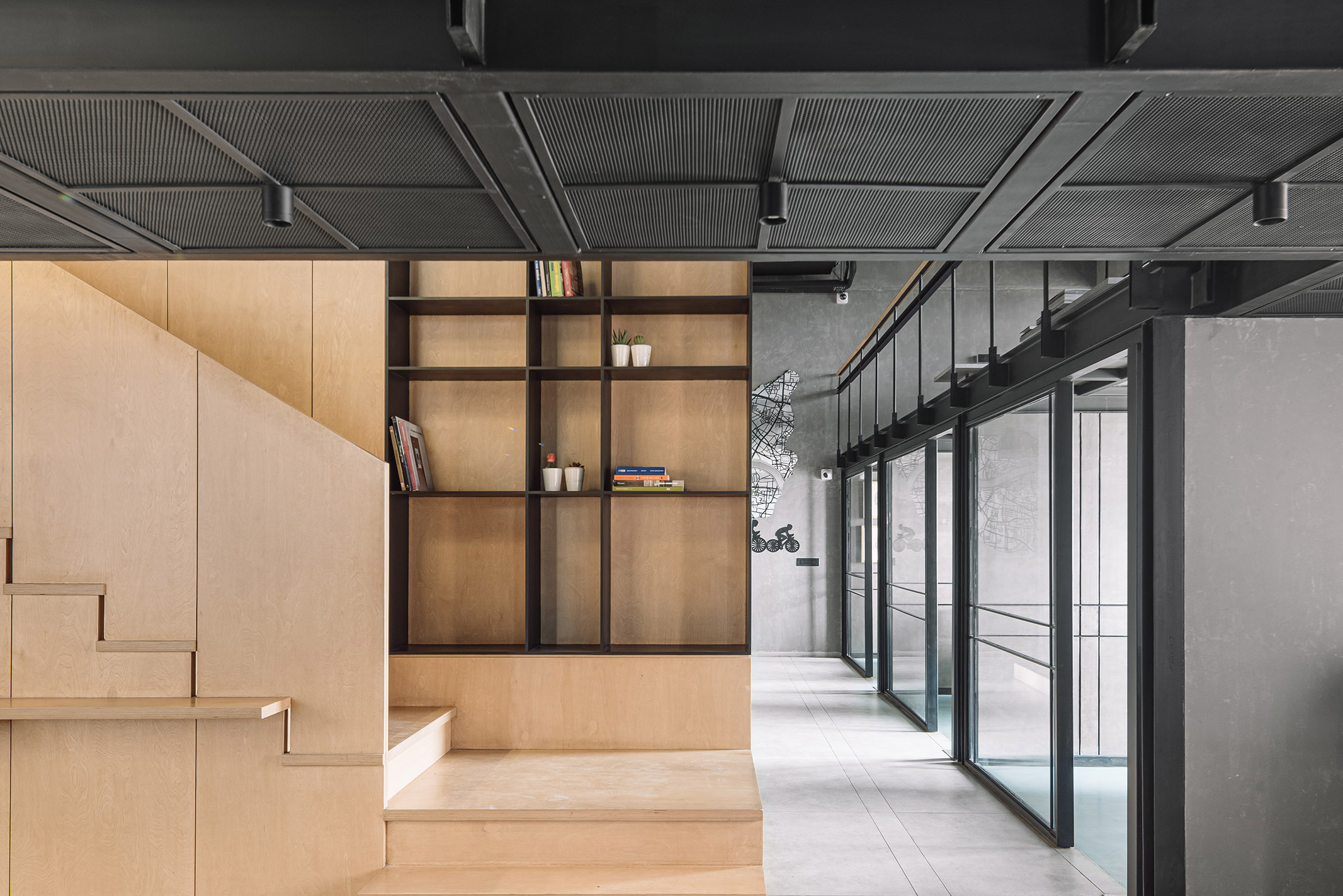 In a time period marked by the gradual ‘Return to the Workplace’, the concepts of human-centered design, flexibility in the office, and inspiring aesthetics are becoming inextricable to the conversation around commercial interiors. And so, when an Ahmedabad-based developer approached Studio In D-Tale to design their new office space, they knew they needed to go all out for the employees leaving their cushy work-from-home lives. As a result, the studio has transformed a double-height blank canvas perched on the 17th floor of a commercial building into immaculate office space dubbed ‘The Loft’.

Fortunately, for the designers, their clients were a part of the architectural world themselves; resulting in an inherent synergy in propositions and objectives to achieve. “The clients approached us with the space, giving little cues of what they wanted from it. With overlapping professions, we began by mapping out the various programs that would take place within the space. Then we decided to pick 3 materials that best reflect the values and ethos of the client: honest, raw, and versatile. Naturally, birch ply, metal, and IPS became the material of choice.”, explains Birju, co-founder of Studio In D-Tale.

Totaling 3,200 square feet, this office occupies a floor plate and a mezzanine level, that has plenty of diffused daylight pouring in through the large windows. This spatial configuration highlights the monolithic cube floating in space, creating a mezzanine that splits the volume in two. The monolith makes a powerful statement in terms of aesthetics and functionality, it houses a conference room that also doubles up as a seminar space. “The structure is laid bare with exposed I section beams and columns. We did not want to hide any element of this structure behind facades or false ceilings and celebrate every detail and junction by making it visible. We added two staircases to access the loft, one from the center of the office and the other from the studio connecting the studio at the mezzanine level, each interpreted in contrasting materials: the former in birch ply and the latter in mild steel. The solidness of the birch ply staircase volume contrasts with the industrial yet skeletal framework of the metal staircase”, says the architect.

Introducing a split in this volumetric expanse has facilitated dynamic vantage points across the office, which further stimulates a dialogue between various spaces. With this playful intervention, there is scope for independent units to operate simultaneously, at the same time the cohesiveness of materials ties the space together. According to an old Japanese saying, it is said that space does not peak at the time of completion but can gradually change its appearance according to the situation. The designer has struck a chord with this concept with the conference space, which is partitioned by a metal mesh curtain, sourced from Meftab in Delhi, and can be opened to have the program spill into the studio space if required. The space is emphasized by large custom-made lamps with modular furniture arrangements holistically, to cater to flexibility whenever needed. All the lighting elements that adorn the double-height volume of this expansive office have been custom-made from JK Lights, Ahmedabad.

The raw material profile encompassing concrete finish texture and bare exposed ceilings laden with services is juxtaposed against the flamboyance of birch ply and glass, thus fabricating different experiences through three materials only. In many instances, a perforated CNC cut pattern has been added to the birch ply to add playful texture. The director’s cabin that sits in one corner of the lower level has been given a humble touch of grey terrazzo and cement finish, with an understated sleek wooden shelf making its way in from the outside. “The client, being a seasoned art collector and connoisseur, has curated a selection of his collection into the space. The interiors, hence, had to be muted that would let the artwork speak for itself. Pieces of esteemed artists such as Rajesh Sagara, Jayram Patel, Bharavi Modi, Trupti Dave, and many more have found their way in the cabin, giving the volume an almost gallery-like austere”, says Birju.

This coming together of disparate ideas is perfectly aced by the architects by also diving into minuscule accessory details such as the charming large concrete pots from Crio Planters, and myriads of artwork from the client’s own art gallery by the name of Galleryra. A mural interpretation of the Ahmedabad heritage architecture is displayed at the reception area accentuated by a birch ply bench of sculpturist quality. The space comes to life with the workplace’s compelling narrative of redefined stated opulence and egalitarian environment. ‘The Loft’ has been a proficient design endeavour by Studio In D-Tale that reversed the approach towards conceiving spaces in the realm of industrialization.