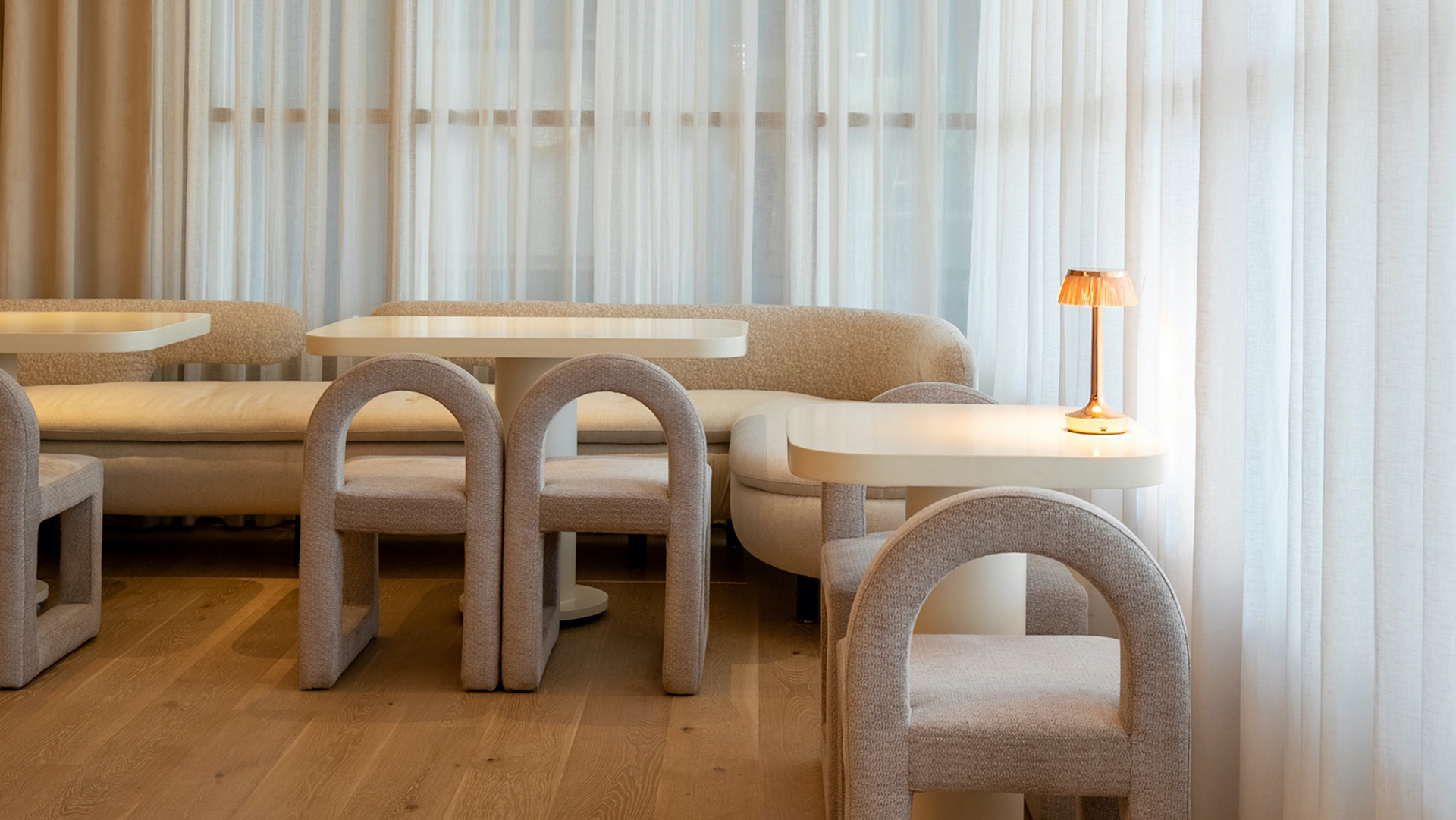 Earth tones, undulating forms, and hand-crafted materials – Ashiesh Shah’s vision for Sequel’s  newest outpost at BKC in Mumbai marries his signature style with the restaurant brand’s core philosophy of clean, organic eating. After a stunning renovation of Sequel’s Bandra outlet, Shah reunites with the founder and chef Vanika Choudhary on the brand’s first-ever fine dine space. Sequel BKC is futuristic in its structure yet earthy at its core. The entire space is bound with soft edges and sinuous forms actualized in natural materials.

“Through the spaces that we design, and with ‘Sequel’ in particular, we marry craft with a contemporary perspective that celebrates luxury through handmade processes, finishes and materials,” says Shah. An overarching Wabi-Sabi aesthetic extends throughout the design, and the restaurant itself exudes a sense of timelessness. The design brief was similar to that of Sequel’s Bandra outlet, which looked to marry modernity and subtlety through a fusion of craft and organic food. However, Shah expanded the material palette in order to better suit the fine-dine division. A decidedly neutral colour palette has been used throughout the space, allowing the tactility of the materials to shine through. From rough, textured walls to the patterned, terracotta brick floor, Shah made use of elements with distinct multi-sensory qualities. “Given that our produce takes centre stage at all times, Ashiesh and I worked this into the design of both Sequel’s Bandra space, and now the BKC location. We chose a monotonal design aesthetic that lets the vibrant colours of the fresh produce shine through,” says Choudhary.

In terms of layout, the restaurant is divided into three distinct areas. The first is a grab-and-go section which allows guests in a hurry to take their favourite order to go. The second, a soft-edged café space features smooth, oyster-like light fixtures. A crisp partition leads into the formal dining room which is finished in a warm honey oak wood veneer that runs from the ground onto the walls and along the gridded facade. “In entirety, the space has numerous details that play a part in bringing together the composition of inventiveness – whether a curved bar back wall or a louvred central organic partition,” says Shah.

One of the most striking elements in the space is a naturally-lacquered, off-white lighting installation handcrafted in Karnataka using Channapatna beads. Floating seven feet above the ground, it exudes an illusional warm glow. Custom-made by Atelier Ashiesh Shah in collaboration with Noor Salma, a master craftswoman, the installation comprises scaled convex beads that follow the profile of the curvature, while the light shines through the contrasting concave beads that position themselves organically. The Channapatna beads were a design feature first introduced in Sequel’s Bandra outlet, and continue to shape the brand’s aesthetic in the BKC space.

To remain coherent with the restaurant’s fluid, uninterrupted form, many of the furniture pieces were customized to the space – one of the most notable ones being the console unit in the fine dine section which appears as though pinched from the veneered wall. Other custom elements include the coffee counter, bronze bar, grab-and-go shelves, and elliptical arched tables. Overall, Sequel’s interiors are a celebration of handcrafted processes, organic forms and the beauty in the unrefined – a visual representation of perfect imperfection.