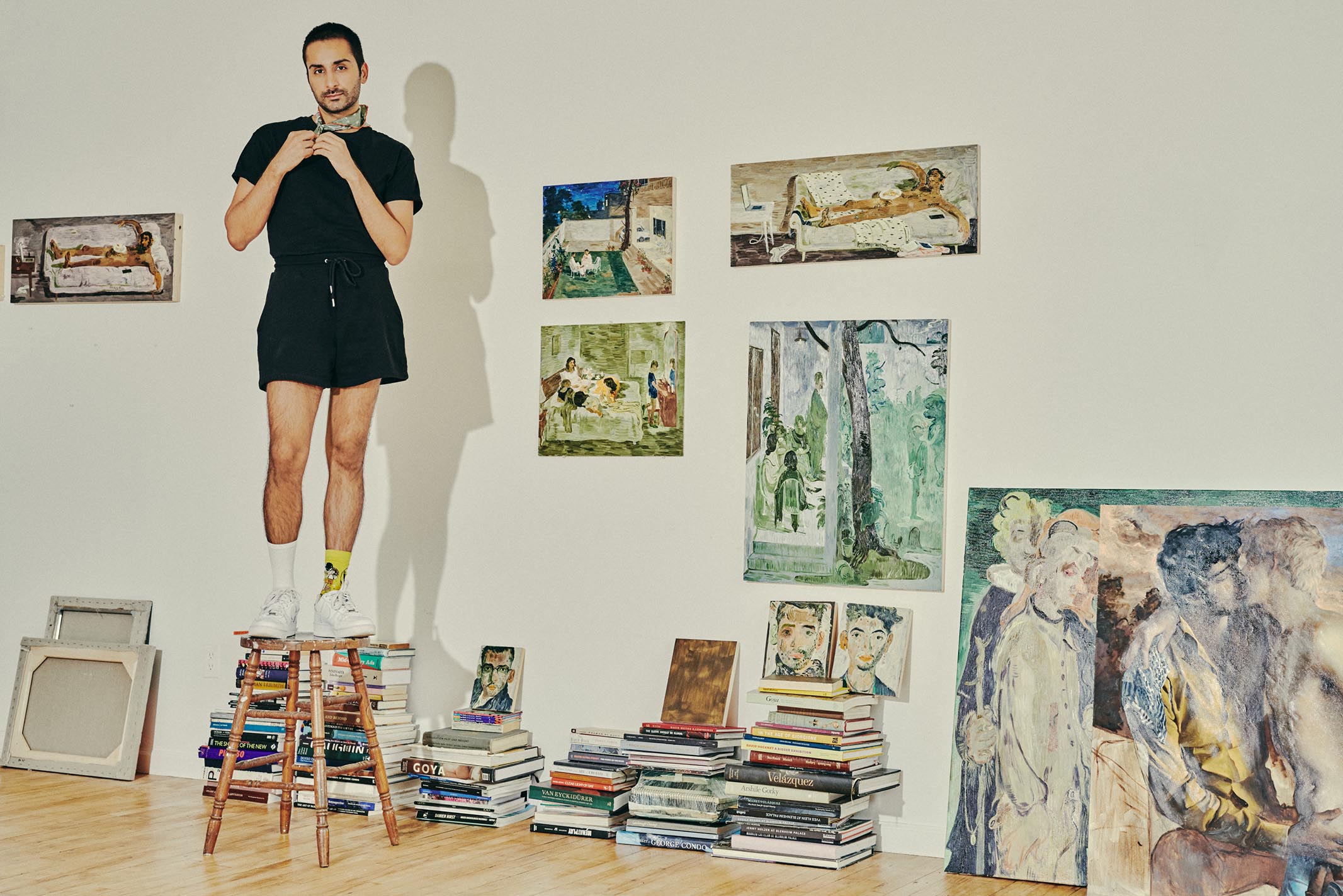 It is the season of pride and the official month when Gilbert Baker’s designed rainbow flag stands high hoisted beneath a sky of freedom and inclusivity! This celebratory month would be incomplete without a special mention to Salman Toor. The Pakistan-born, New York city based artist is famous for his strong, confident, and bold strokes as he explores ideas of queer intimacy and diasporic identities. Toor’s world of wild colours and imaginative characters came to life on the floors of Baltimore Museum of Art, USA with his ongoing solo exhibition titled – “No Ordinary Love”. This showcase features more than 45 paintings and works on paper made between 2019 and 2022, capturing some recognisable 21st century moments as well as reinterpreting renowned 17th – 19th century European painting collection housed at the Baltimore Museum of Art.

Toor grew up in homophobic family culture in his birthplace in Lahore, Pakistan. But the year 2002 marked a point of complete transformation as he moved to a land with more freedom – the United States. Having experienced diverse cultural milieu, Toor’s artistic expression shaped into a unique visual language that juxtaposed his ancestral past with his adopted present. A rather migratory take, Salman’s artistic endeavour has formed a strong commentary on the anxieties and hope of his queer experiences, with a hint of barbaric humour and fanciful satire. Mining deep into his connected roots, Toor’s painterly renditions, thus, form a bold and beautiful amalgamation of the European, American and South Asian painting traditions. The artworks curated for this exhibition, “No Ordinary Love” unfolds, defines and reinterprets common universal themes of desire, family and tradition through the queer lens.

Salman Toor is an avid storyteller! Beautiful and exquisite emerald green forms the backdrop of these emotional stories, narrated by Toor. The application of a nuanced shade of green introduces a sense of warmth but nocturnal, outspoken but glamorous aesthetic to his canvases. They are statemental!
“Green is something that I return to again and again. It’s a nocturnal colour to me. Maybe that’s because it looks a little bit like night vision. And also I guess, in a very cliché way, it’s like looking at the world through like the glass of a wine bottle or something like that”, shares Toor.

The most iconic work in this curation is the artwork titled “Fag Puddle with Candle, Shoe and Flag”. The artwork depicts a brown boy with blond hair as he regards an upside-down torso amid a heap of entangled objects such as clown mask, leg wearing high heels, wigs, shoe etc. The boxed narrative is illuminated by a hanging light bulb, a flickering candle and a smart-phone resting on a tripod. These piles are what Salman Toor calls “fag puddles,” a collection of “sissy things that I really like and…[was] made to feel ashamed of when I was growing up.” This fantastical yet identifiable mini-drama tries to reckon the conservatism of South Asian culture towards one’s slur as a queer. The positioning of Toor’s dramatic but realistic art builds intriguing conversations as it stood exactly opposite Anthony van Dyck’s “Rinaldo and Arminda”- a virtuous composition depicting a scene of doomed romance.

Toor’s oeuvre examines and re-interprets long standing traditions and historic concepts such as masculinity, sexuality, identity, coloniser’s gaze and so on. Breaking away from pre-defined canons of art history, Toor’s composition holds an assertive sense of freedom as ideas, thoughts and perspectives fluidly flow through his delicate sketch-like brushstrokes.

A yesteryear artwork titled “Back Lawn” introduces a contemporary take to a classic Indic miniature Mughalized painting. Krishna Lila is a very common theme explored in the 17th- 18th century Mughal courts. It represents the Sufi mysticism depicting the love play between Krishna, the god and Gopis, his female devotees. This narrative also picturises the idealised notion of love making between the nayak-nayika or hero heroine.

Salman Toor re-contextualised this Mughal tradition of lovers’ meet amidst lush green foliage into his contemporary landscape narrative. Both narratives, the traditional and the contemporary hold many compositional similarities. However, the protagonists here are a gay couple intimately embracing on the grass, enveloped by a tent in the painting’s foreground. Reflecting on these imagined narratives, Toor said, “By creating private, deeply comfortable spaces, I hope to give dignity and safety to the boys in my paintings. Somehow, this also makes me feel safe and comfortable, solidifying my context in this culture as a queer man from a Muslim cultural background.”

“Green is something that I return to again and again. It’s a nocturnal colour to me. Maybe that’s because it looks a little bit like night vision. And also I guess, in a very cliché way, it’s like looking at the world through like the glass of a wine bottle or something like that”, shares Toor.

The artwork titled “Museum Boys” introduces a whole new perspective towards viewing art on a rather practical level. The artwork’s sheer placement in a literal museum adds a paradoxical satire to this overall curation. The painting depicts two visitors browsing through a glass encased strange object categorically an artwork in this context. This object of desire is a sleeping nude man dumped under a heap of assorted objects such as a rag and an abandoned shoe. Amidst this shabby heap includes an inverted urinal. This immediately transports one to the controversial but iconic 20th century artist Marcel Duchamp’s Fountain. Similarly, Toor has championed the use of everyday found objects in a completely debateable but introspective context through his queer art.

On display till October 23, 2022, “No Ordinary Love” introduces the audiences to a whole new world of personalities and individuals. Toor’s mysterious world has a melange of emotions- comical, melancholy, macabre as well as heart-warming. The avant garde exhibition leaves back new introspective ideas of love, desire and sensual pleasure. The exhibition truly pays homage to the queer community and urges the audiences to view the world from through an extraordinary lens. Join the pride parade and explore the world through Toor’s queer lens! 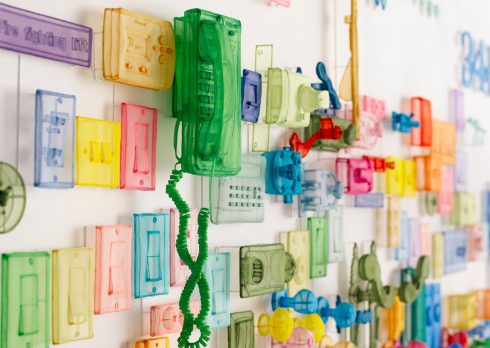