Art heists make for intriguing and thrilling action sequences. A particularly striking sequence that has become timeless is that of Catherine Zeta-Jones making her way– with swiftness and agility– through laser motion detector beams to steal a valuable Chinese mask in the movie Entrapment (1999). Another one from more recent times is the opening sequence of Black Panther: Wakanda Forever (2018) where Michael B Jordan poisons the museum representative’s coffee before stealing a vibranium pickaxe with the help of his accomplices who come in dressed up as paramedics. The most striking aspect of this theft however is the conversation Jordan engages in with the museum staff. He asks her “where do you think your ancestors got these from? Did they pay a fair price or did they take it like they took everything else?” before she crumples to the floor from the bad coffee she drinks in a scene prior.

“Rightful” ownership or a desire to possess something invaluable is often a common motive in these thefts. Besides the obvious value which is monetary and an international currency to trade, art makes for complex and exciting art heists. In this piece, we round up three famous art heists that inspired films and documentaries. The objective of these films is usually to shine light on motives as well as revisit all the careful planning that goes into art heists. While each theft is unique what remains common among them is how much fame the art pieces gained after they were stolen in contrast to before they were stolen. It’s like that famous saying: “there is no such thing as bad publicity.” What do you think?

This Is a Robbery: The World’s Biggest Art Heist is a Netflix documentary about the biggest and most expensive art heist at the Isabella Stewart Gardner Museum in Boston. It also remains unsolved till date.

The Isabella Stewart Gardner Museum, Boston still keeps the empty frames of the thirteen missing works of art–stolen in 1990– up on the gallery walls. The Garnder museum is known for its collection of European, Asian, and American art that includes decorative objects, sculptures, and paintings that belonged to the museum’s namesake and art collector Isabella Stewart Gardner. In her will, she decreed that if the layout or frames were disturbed in any way or the collection changed, the works would go on auction and the money donated to Harvard University– explaining why the museum staff continues to keep the empty frames up. The 13 stolen paintings were valued at $500 million and included works by Johannes Vermeer, Rembrandt, Degas, and Manet. Even though several years have passed since the theft and the museum put up a bounty of $10 million– the highest amount offered by a private institution– no one has come forward with substantial leads. Released on April 6, 2021, the Netflix documentary tells the story of this theft in a four-part documentary.

The documentary recreates the theft on screen, using testimonies from those present that night and evidence discovered on the crime scene. For example, using motion detectors, the FBI and museum staff were able to piece together the robbery. It turned out that more than one person who not only vandalized the place but also tied up the guards in the basement while taking all of the CCTV surveillance tapes and the motion detection data with them was behind the theft. The FBI suspected that it was the work of a criminal organization like the Boston Mafia but never found enough evidence against them.

The Theft of Mona Lisa is a German film directed by Géza von Bolváry that tells the not-so-popularised story of how someone stole the ‘Mona Lisa’ by Leonardo Da Vinci. Many critics argue that this theft played a crucial role in catapulting this painting towards international fame.

The Mona Lisa has been subject to many thefts and attacks by bystanders. The 1911 robbery was only one early example. Initially, the museum staff assumed that it was being photographed somewhere by a museum staff member. It was 28 hours later that they discovered that the painting was missing. A comedy-drama, ‘The Theft of Mona Lisa’ tells the story of this incident from Vincenzo Peruggia’s perspective. He was an employee hired to construct the case for the painting. He used this to his advantage and ended up putting the painting under his coat. He later hid in a broom closet before sneaking it out of the museum. In the film, Peruggia stole the painting because she resembled a French hotel maid whom he was in love with, and when she doesn’t return his affections he is distraught and becomes careless which leads to his arrest. Later on, he claims that he stole it because it rightfully belongs to Italy. Peruggia did not know that Leonardo Da Vinci had taken the painting of ‘Mona Lisa’ to the king of France then as a gift. Peruggia eventually got caught when he contacted an art gallery owner in Florence who turned him in. Sentenced to a year in jail, he only served seven months because his actions were considered heroic and patriotic.

Ironically this theft played a vital role in popularizing this painting. The fact that it took more than a day for the museum staff to realize the painting was missing is a hint at how unimportant it was at that time. Once the robbery came to light and it made headlines in international newspapers– including the New York Times. It had garnered international attention by the time the painting was returned. In 1956, a Bolivian man threw a rock at the same painting, causing the exterior glass to shatter and for some of the pigment to come off. Before this, someone had tried to cut the painting out of the frame using a blade. As a result, the ‘Mona Lisa’ was moved behind a bulletproof case. In 2009, a woman threw a teacup at the painting that shattered the glass enclosure. These incidents have collectively contributed to the fascination we all continue to have with this work of art. In fact, at this point, it holds the Guinness World Record for the highest insurance valuation in history for a painting at $100 million in 1962.

Museo is a Mexican film based on real-life events from 1985 when over 140 ancient artifacts were stolen, leaving Mexico in shock. It took three years and a series of drug investigations to finally find the stolen objects and identify the thieves.

In 1985, after celebrating Christmas Eve with their family, two veterinary students snuck out in a car to steal ancient artifacts from the National Museum of Anthropology in Mexico City. They crawled through the air conditioning ducts, stole the artifacts, and left the same way. According to this article in the Washington Post, they did not encounter a single security guard. Moreover, it only took them 30 minutes which isn’t even the most curious part of the robbery. It’s the fact that it took the government three years to recover all the stolen artifacts and uncover the culprits. Considered relics, the loot included pre-Columbian artifacts, jewelry, and a jade death mask of an ancient Mayan ruler. Included in there was an obsidian mask that was worth $20 million alone. The students’ names were changed, in the film, to Juan Núñez played by Gael García Bernal and Benjamín Wilson played by Leonardo Ortizgris. Directed by Alonzo Ruizpalacio, the film chronicles the lives of these students before the robbery and tackles questions of ownership when it comes to indigenous artifacts.

The film opens with footage of the Aztec god of rain- Monolith of Tlaloc, being relocated from its original site of discovery to the National Museum of Anthropology in Mexico City, where it was going to be displayed. It was a revered statue as the move was met with protests from indigenous communities and the locals. Through references, the movie contributes to debates around colonialism and the trafficking of artifacts by asking- who owns these objects and who has the right to sell them or display them in private collections, homes, and museums. While the film is a dramatized version of what happened and takes many creative liberties with details, it does bring up one real-life issue of national pride and patrimony. In the film, the morning after the robbery, the news reported it as an attack on the country. At first, the government believed that foreigners may have planned the heist. But since the artifacts never left the country, it was hard to trace them. As part of drug busts in the years that followed the robbery, the police found the stolen objects. While the actual robbery cast renewed light on these cultural artifacts, the movie instead foregrounded questions about the role of a museum in preserving cultural histories of indigenous populations responsibly. A key statement that the film makes is about whether the objects were even originals since the museum had “already stolen” from indigenous communities. 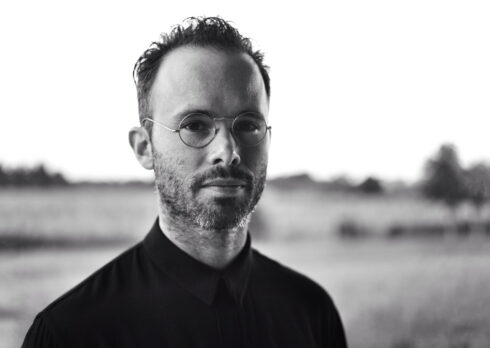 Daniel Arsham On His Latest Collaboration With IKEA, Democratizing Art, And Taking Inspiration From Popular Culture 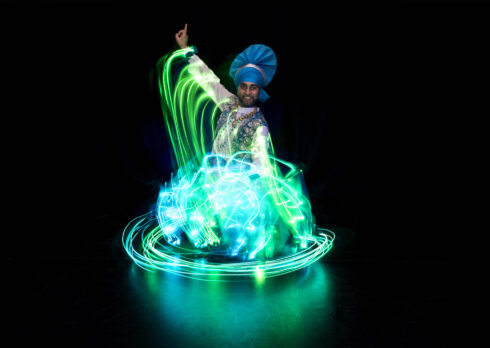 Dance Movements And Light Photography Come Together With Bhangra Lexicon: A Conversation With Hardeep Sahota And Tim Smith