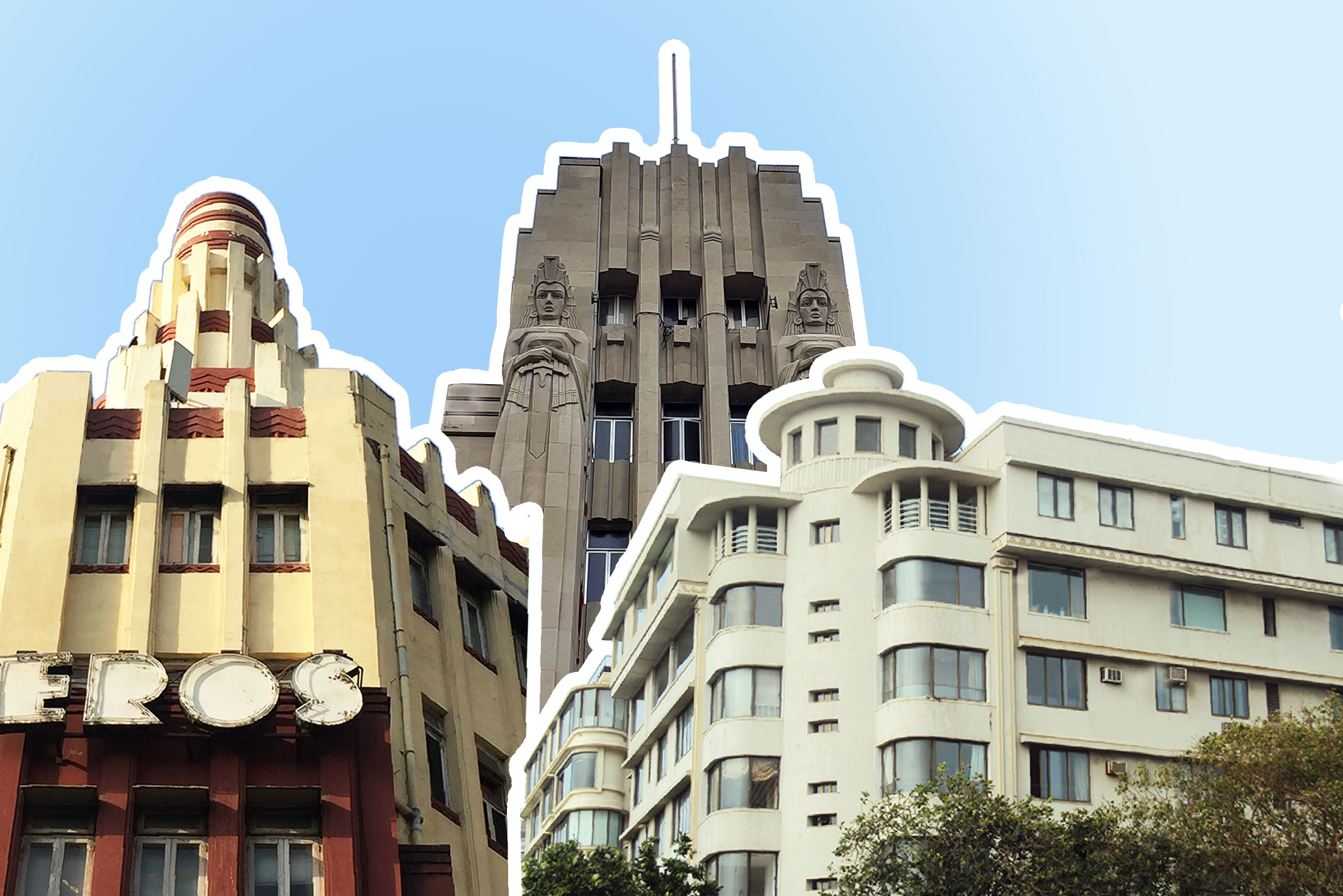 Tracing The Glorious History Of Art Deco In Bombay With Walkitecture

From its luxurious beginnings in Paris to its Jazz Age and Streamline Moderne offshoots, Art Deco’s rich history across continents makes it one of the most exciting design styles of the 1900s. It became immensely popular after World War 1, when people were looking for maximum style at minimum cost. The style was both traditional and innovative at the same time, and introduced a whole new range of materials and design forms in architecture.

Art Deco was the first truly modern style to adopt new technologies and materials, embracing innovation and delivering simple yet luxurious design. Unlike its immediate predecessor – the crowded Art Nouveau style, Art Deco relied more on uncluttered, clean, and pure designs. It was bold, bright, and somewhat innocent; with everyday objects on its façade influenced by streamliners, industrial machines, and even jazz instruments. Art Deco includes myriad orders of a building – both vertical and horizontal, residential and public, monumental and vernacular. The style derives its name from the world fair held in Paris in 1925, called Exponential Internationale des Arts Decoratifs et Industriels Modernes. It is also from this exhibition that the style received international acclaim and quickly spread through to the rest of Europe, America, and soon found its way to Bombay. In 1937, the Indian Institute of Architects organised the Ideal Home exhibition at the Townhall in Bombay that was primarily responsible for spreading the Art Deco design through the city.

Bombay was going through several aspirational changes; the city was moving away from the powerful expressions of the Gothic buildings and started requiring a more contemporary design language. The boom in the cotton trade and the stock market had made Bombay the hub of commercial activities, and many princely, affluent Indians from all over the country began to settle here. These were people who travelled abroad and were heavily inspired by global cultures, often frequenting Paris and London in ships and trains and staying at grand, Art Deco hotels. The city was rapidly getting overcrowded, resulting in an immediate need to house the upper-middle class and the rich near the port and other important commercial centres. And so, the government took up a land reclamation project under the Backbay Land Reclamation scheme that resulted in the construction of buildings just beyond the Oval Maidan in the 1930s, and Marine drive in the ’40s. These buildings were commissioned by the Indian landowners who were influenced by the Art Deco movement around the world, and were designed by Indian architects who had studied abroad. The entire stretch of land from Colaba to Malabar Hills became the hub of the Art Deco movement in Bombay with plots facing the sea that suited its cosmopolitan look blended with casual luxury.

The Art Deco buildings around the Oval Maidan were conferred the UNESCO World Heritage status in 2016. Each building was designed on an equal-sized plot as a plush, elite residential quarter with decorative elements, low height, compound walls, and similar porches. The entire cluster of Art Deco buildings along the Oval Maidan and Marine Drive transformed the look of the city. As one crosses the Princess Street flyover on Marine Drive, the view of a row of Art Deco buildings facing the sea is a stunning one. The buildings in the Backbay area were designed on 62 plots fitted on a grid with tight building regulations of having the same plinth, height, and colour. Like Soona Mahal at Marine Drive and Shiv Shanti Bhuvan at Churchgate, each building still stands out thanks to the beautiful decorative elements used on the façade.

Bombay at the time, also had a thriving nightlife with ballrooms, music spaces, and clubs. The Watson Hotel had screened Lumiere Brothers’ first movie, and the cinemas built during this time had the same elegance and designs as those of Hollywood. Regal Cinema was the first theatre to be made in the Art Deco style, followed by Eros, Liberty and New Empire. These cinemas were modern and luxurious, and transported you straight into a Hollywood sequence.

Bombay being the hub of commerce and industrial activity had a large number of public buildings, clubs and hotels constructed during this time. Sir Pherozeshah Mehta Road at Fort was the focal point of the public buildings designed in the Deco style, for instance, the Laxmi Insurance Building that featured distinct decorative motifs. A lot of the commercial buildings had the post-modern look with the columns extending out of the façade and the windows being recessed. These columns were sometimes fluted on the top like the Industrial Assurance Building at Churchgate, giving the building a sense of power and authority and made the otherwise simple façade look interesting.

Though a bulk of Art Deco buildings are in and around Churchgate, the movement did spread through to all parts of the city. During our Walkitecture tours, I am often asked how to identify an Art Deco building. Art Deco buildings usually have a flat roof, minimal decoration, and will have one or more of the following features –

A Central Tower rising beyond the terrace line.

Nautical features like portholes and watchtowers, which are influences of travelling on large streamliners and steamships. Deco buildings have circular windows resembling portholes along the entire façade. Sometimes the central tower ends in a watchtower-like room making the entire building look like a ship docked at the port. Streamlined balconies resembling the top of a ship or even a locomotive represented the modern industrial and aerodynamic era. It gave the building a futuristic look. A few examples of these are Soona Mahal and Sunder Mahal at Marine Drive.

Decorative Elements on the terrace resembling flying saucers like at Chateau Marine or a temple façade at Zaver Mahal on Marine Drive.

Small Porches – in the 1930s and ’40s buildings were not designed to have a huge chauffeur-driven car pull up to its driveway and thus both the porch and the canopy were designed in alignment with the central tower. The best examples are Oval View, Palm Court and Ivorene at Oval Maidan.

Geometric Shapes like triangles and squares on grills and balconies.

The Frozen Fountain Motif was a popular Art Nouveau detail modified to suit the Art Deco design and can be seen in Eros’ iconic structure.

Clocks at the top of public buildings.

Tropical Imagery with motifs representing flora and fauna, waves in the sea, sunbursts and even mountains on the façade.

Indian Mythology – Hindu Gods and Goddesses were sculpted on the buildings. Even sculptures related to the common man like a farmer toiling in the field or women carrying pots of water were integrated into façade reliefs. Western India House and the New India Assurance building at Fort are the best examples.

The font of the buildings was never an afterthought, sleek and stylishly modern, made of either metal or stucco.

Sweeping Ledge and Eyebrows – The ledge or chajja above the window was referred to as an eyebrow as it was never a continuous band and covered only the smaller windows like in the case of Shiv Shanti Bhuvan at Churchgate. In the case of larger openings, a thin ledge swept the entire façade and curved along with it like the Cricket Club of India at Churchgate.

Bombay shares its Art Deco history and culture with Miami which has buildings that twin in decorative styles and elements. A huge portion of the buildings here was designed in pastel-hued colours with tropical imagery. Incidentally, Mumbai has the second highest collection of Art Deco buildings in the world after Miami. 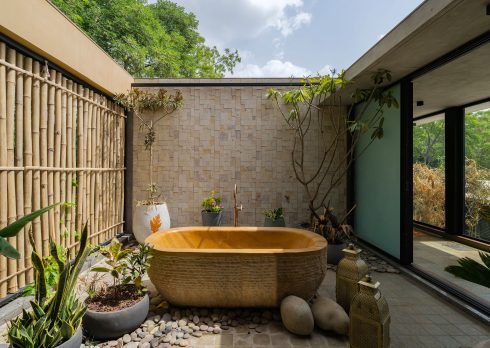 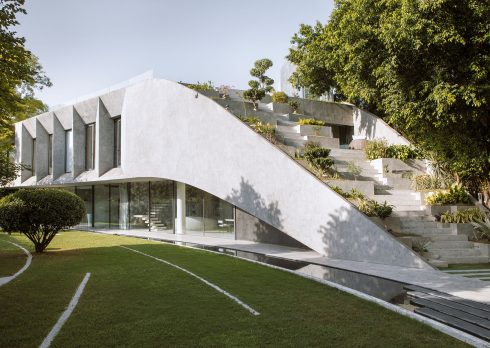